You are here > Home > North and Central America

In “The Pearl of the West” we offer a location that is vibrant, rich in culture and accessible to all budgets. The city is located in the western-pacific area of the country. Guadalajara is the cultural center of Mexico, the home of Mariachi music and Tequila not to mention host to a number of modern large-scale cultural events such as the International Film Festival of Guadalajara, the Guadalajara International Book Fair, and the 2011 PANAM games. Genuine Mexican culture, friendly citizens, prosperous economy, safe environment, and ample EFL employment opportunities make this the perfect place to become internationally recognized certified. 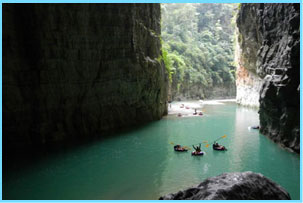 Chiapa de Corzo is the oldest town in the state of Chiapas. It was colonized in the early 1500's by the Spanish conquerors, which did not stay very long because of the heat. From here they made their way up the mountains and founded San Cristobal de Las Casas. The people are very proud of their history, as seen by the preservation work done on the Cathedral, the ex - monastery, the other churches and the original fountain still standing in the central park. Like most of Mexico, Chiapa de Corzo is catholic and their patron saint is Saint Sebastian. To pay homage to their saint, 3 weeks in January are set-aside to party, party, and party. This is when the town fills up with tourists, parachicos, chuntaes, etc.

Playa del Carmen is an wonderful place to live. It has all the qualities of a Mexican Caribbean resort -- a stunning, white-sand
beach, turquoise sea, a huge variety of bars, restaurants and places to stay. There a lot to do and see in Playa and the town
is growing at a high-speed. But the atmosphere is anything other than hectic and it is the gentle surf that seems to dominate
the pace of life. 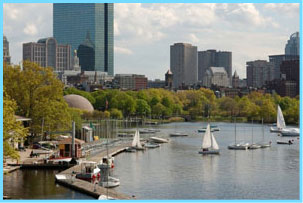 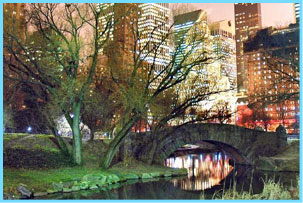 New York is the most populous city in the United States and one of the most populous metropolitan areas in the world. New York exerts a significant impact upon global commerce, finance, media, art, fashion, research, technology, education, and entertainment. The home of the United Nations Headquarters, New York is an important center for international affairs and is widely deemed the cultural capital of the world. 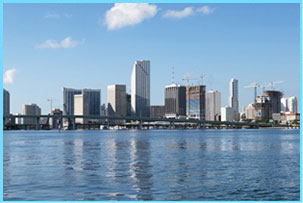 Commonly referred to as the American Riviera, Miami Beach is an island situated adjacent to the City of Miami, connected by bridges and roads (it’s the cool part of Miami). The Island is home to some of the world’s most famous movie stars and athletes and known for its year round sunny beaches, great shopping, world famous clubs, restaurants and entertainment. Beyond the radiant sun, surf and sand, Miami Beach is home to a rich history as an entertainment and cultural destination. From world-famous Art Deco architecture to renowned nightclubs to designer fashions, there is so much going on in Miami Beach, it will take you weeks to cover this tiny island! Below is a list of some cool things you can do while you’re in Miami Beach. Sorry…there is only one season in Miami Beach - SUMMER 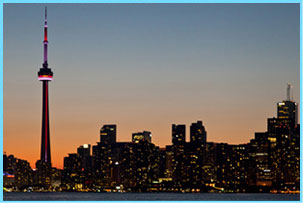 Toronto is a vibrant city filled with excitement and wonder; a place where you can experience true multiculturalism and meet new friends from all over the world. As Canada's largest city and the world's most cosmopolitan centre, Toronto has been voted, time and time again, as one of the best cities in which to live. It has world renowned restaurants and some of North America's most famous landmarks such as the one-hour-away Niagara Falls. There is something for everyone in Toronto. The school's founding philosophy is to offer high quality English programs in a warm and comfortable atmosphere for the traveling students. What has been known as the Blake Mansion since 1872 is now home to the head office and The School in Toronto. Since 1872, this historic building has been home to the second Premier of Ontario, among other influential heads of state. From 1985 to very recently, the building served as the Humewood Art Gallery. Today, this magnificent Victorian architectural masterpiece is a government of Canada Heritage Site, and is where International students study English or train to become certified English teachers. It is located right downtown and is walking distance to Wellesley subway station, the famous Eaton's Centre and 10 minutes to the CN Tower on the subway. 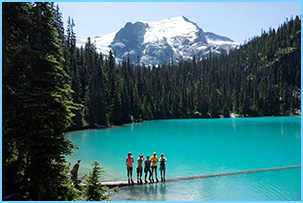 The city’s marvellous scenery calls for exploration and suggests outdoor adventures for all interests, from skiing and snowboarding, to kayaking and beach volleyball, to biking and hiking, or even just relaxing with friends on the local beaches. In fact, Vancouver hosted the 2010 Winter Olympics and ranked one of the best cities to live in. It is a place like no other! The type of weather in Vancouver is a lot milder than most other parts of Canada; you can enjoy outdoor activities most of the year. You can also experience Vancouver’s urban culture at the city’s many museums, art galleries, nightclubs, restaurants, coffee shops, festivals and more!.