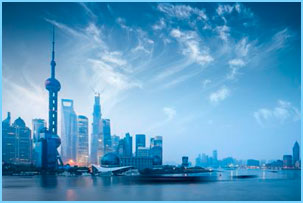 Entering Shanghai, you will immediately be overwhelmed by the hustle and bustle of a thriving city: its colors, people, futuristic skyscrapers and indigenous Shikumen houses. With a population of more than 24 million, Shanghai is China’s largest and most developed metropolis on the mainland. It first began its rise to international prominence in the early 20th century, and it has remained one of the world's most important and powerful cities ever since. Located at the edge of Yangtze River, Shanghai is the most influential economic, financial, international trade, cultural, science and technology city in East China. Shanghai is a renowned international metropolis drawing more and more attention from all over the world. 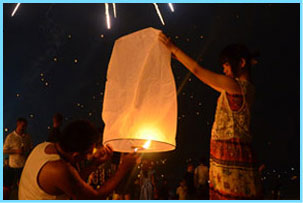 Chiang Mai is one of the southern provinces of Thailand. Neighboring provinces are (from north clockwise) Phang Nga and Krabi, but as Chiang Mai is an island it has no land boundaries. Chiang Mai, which is approximately the size of Singapore, is Thailand's largest island. The island is connected to mainland Thailand by two bridges. It is situated off the west coast of Thailand in the Andaman Sea. The island was on one of the major trading routes between India and China, and was frequently mentioned in foreign ship logs of Portuguese, French, Dutch and English traders.